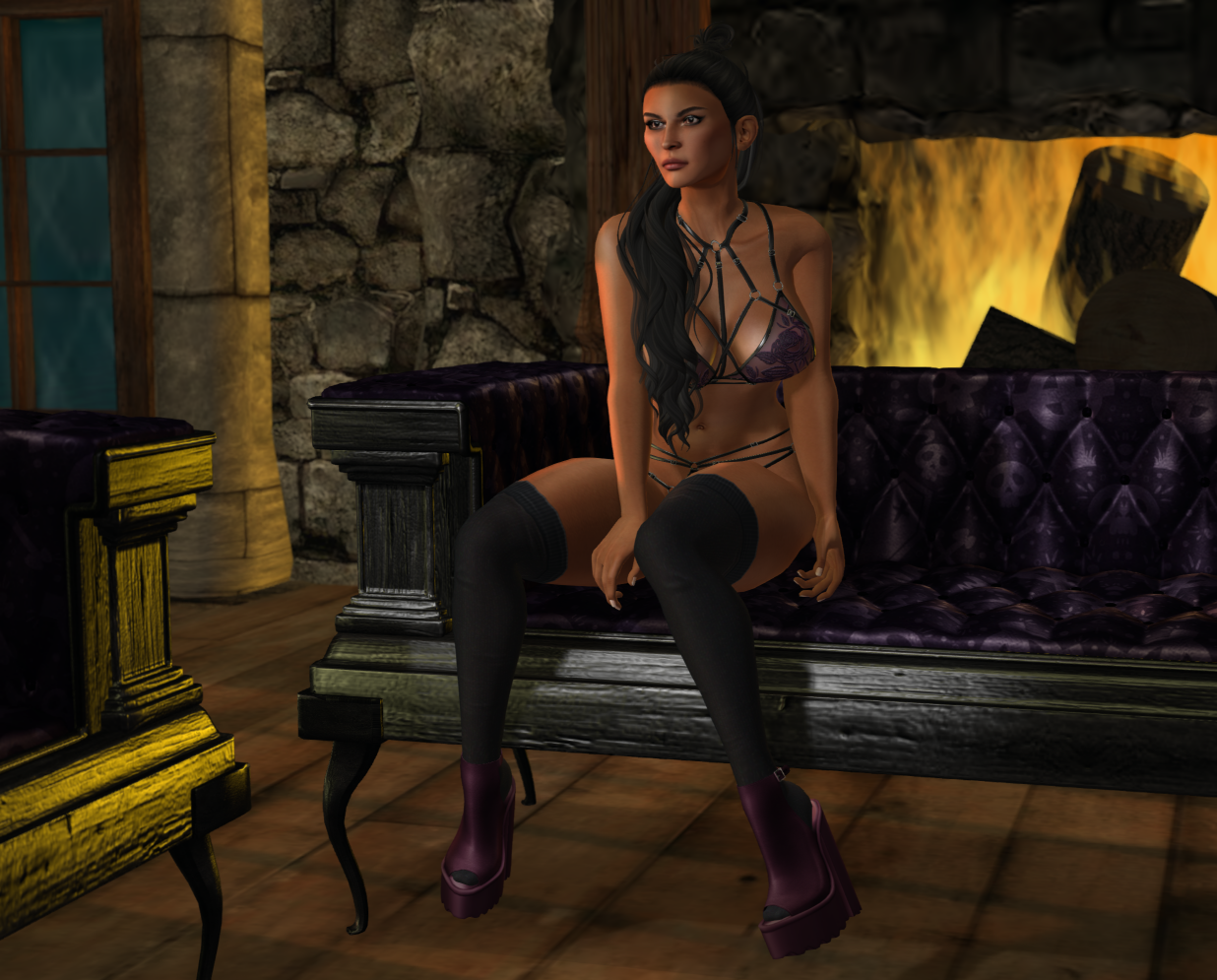 You will find the Straight Jacket shoes at the Secret Affair in thirteen colours, including a blood-spattered white that will come in handy over Halloween. The buckle detail went nicely with the strappy Barbara lingerie from Voluptas Virtualis, which comes in either leather or latex and offers texture options for the metal details and the fabric. The fabric can also be turned off for a much more revealing look.

The Lavender hair from Wasabi is available at the Fallen Gods Anniversary Market, celebrating the store’s 11th anniversary. You definitely want to check that out as well as the anniversary hunt.

The Coffe set is sold in packs of two different frame colours plus it comes with a HUD with over 30 cushion colours. There’s a nice range of poses in both the chair and on the couch and the set uses material beautifully.