The Engine Room is open again and it may be even more amazing than usual, posing a serious danger to any virtual wallet. I’ve been by there a few times already and I expect a few more trips as I agonize over colour choices.

My first choice for what to feature was easy, however. Chandra Meehan of deviousMind has released the Agnes clock harness and leather top which works together with a number of her other releases. I opted for combining it with the Avery set as it included both hotpants and a pair of seriously cool boots. The end result might be called boudoir steampunk? 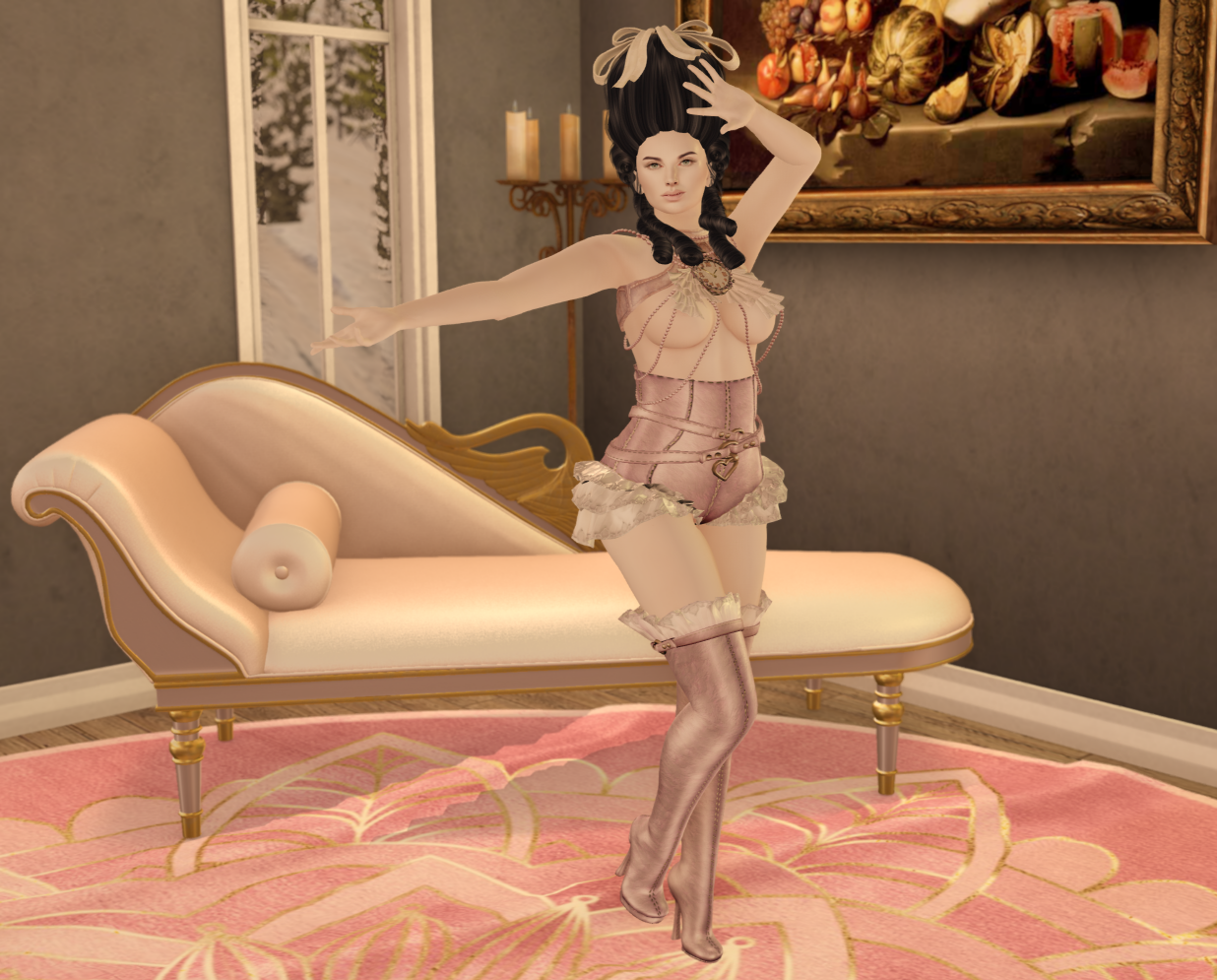 The sassy pose is an upcoming release from Be My Mannequin called Addictive. It will be out at the POSEvent, opening March 27th, and there it will be available both as a single pose and in an event-exclusive fatpack called Belladonna.

In the background we have the elegant Ladies Chaise from the Swan Lake series by Dictatorshop. In the second photo, one of the chaise’s single sit animations is used. 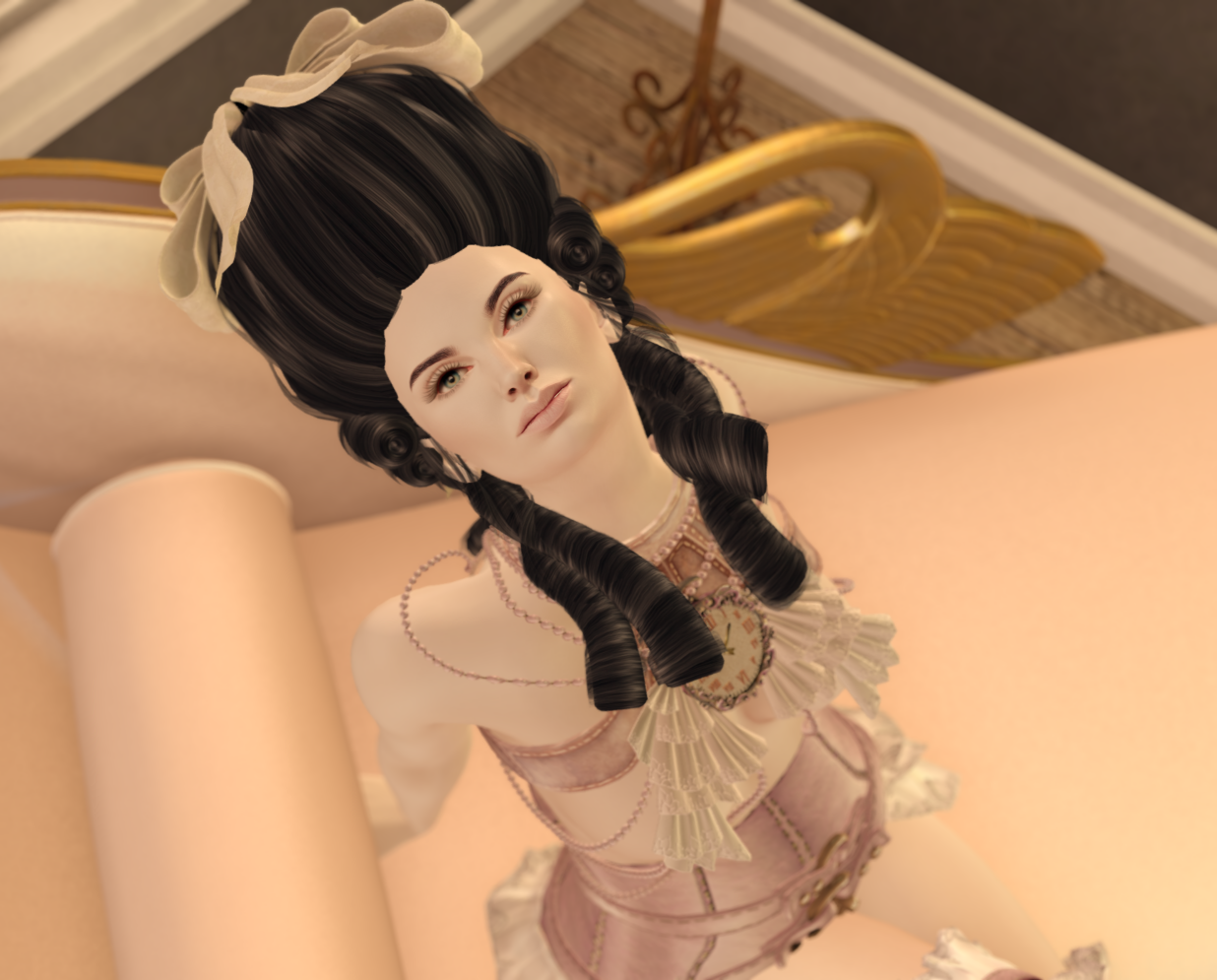