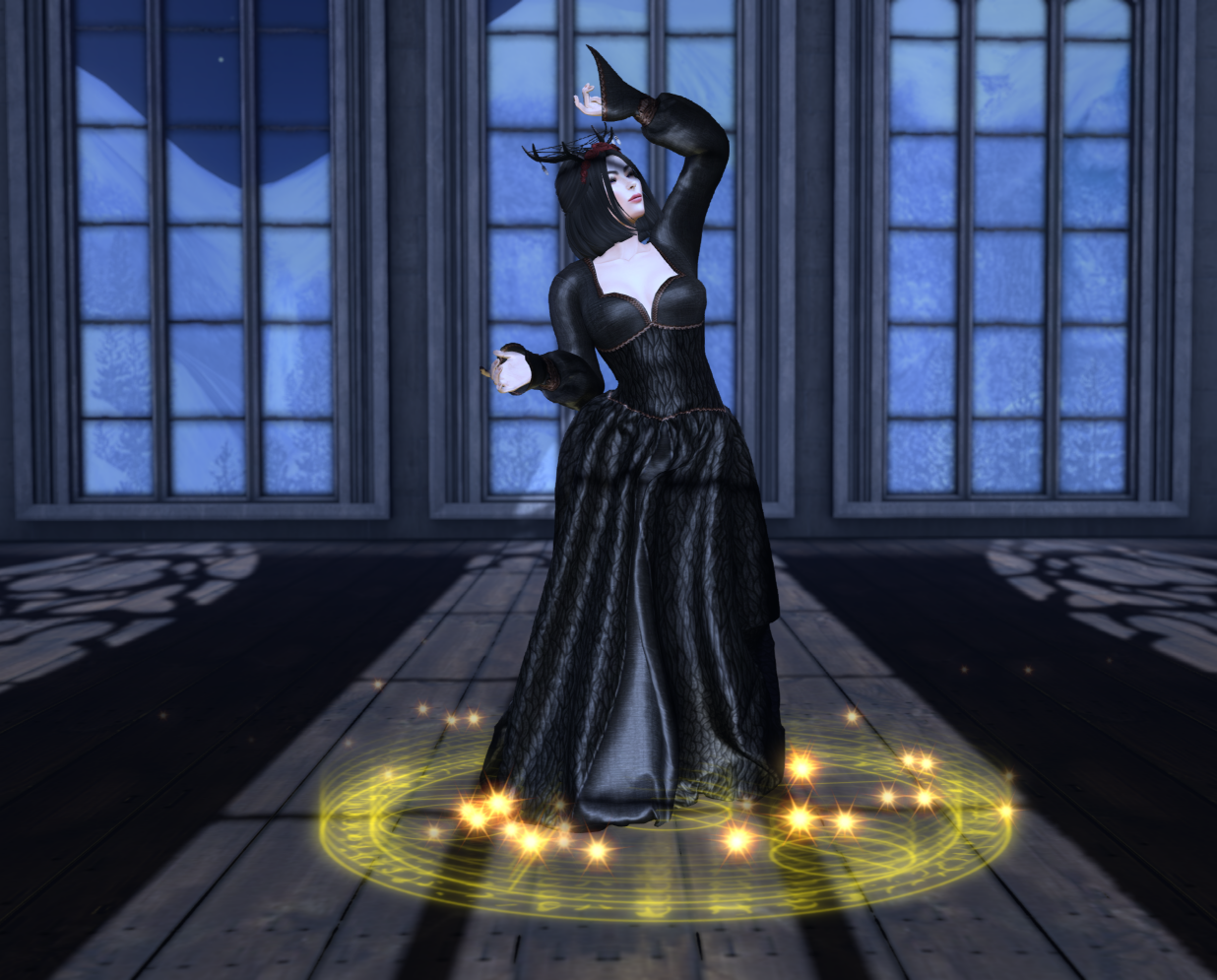 The dress is Emmeline from Senzafine, which was available at the December round of We Love Role-Play and which now should be in the NEW mainstore.

The magic auras from the Dreaming Thicket are a gacha that features attachable animated magic circles with glow and particles and touch scripting if you want to turn any element off. 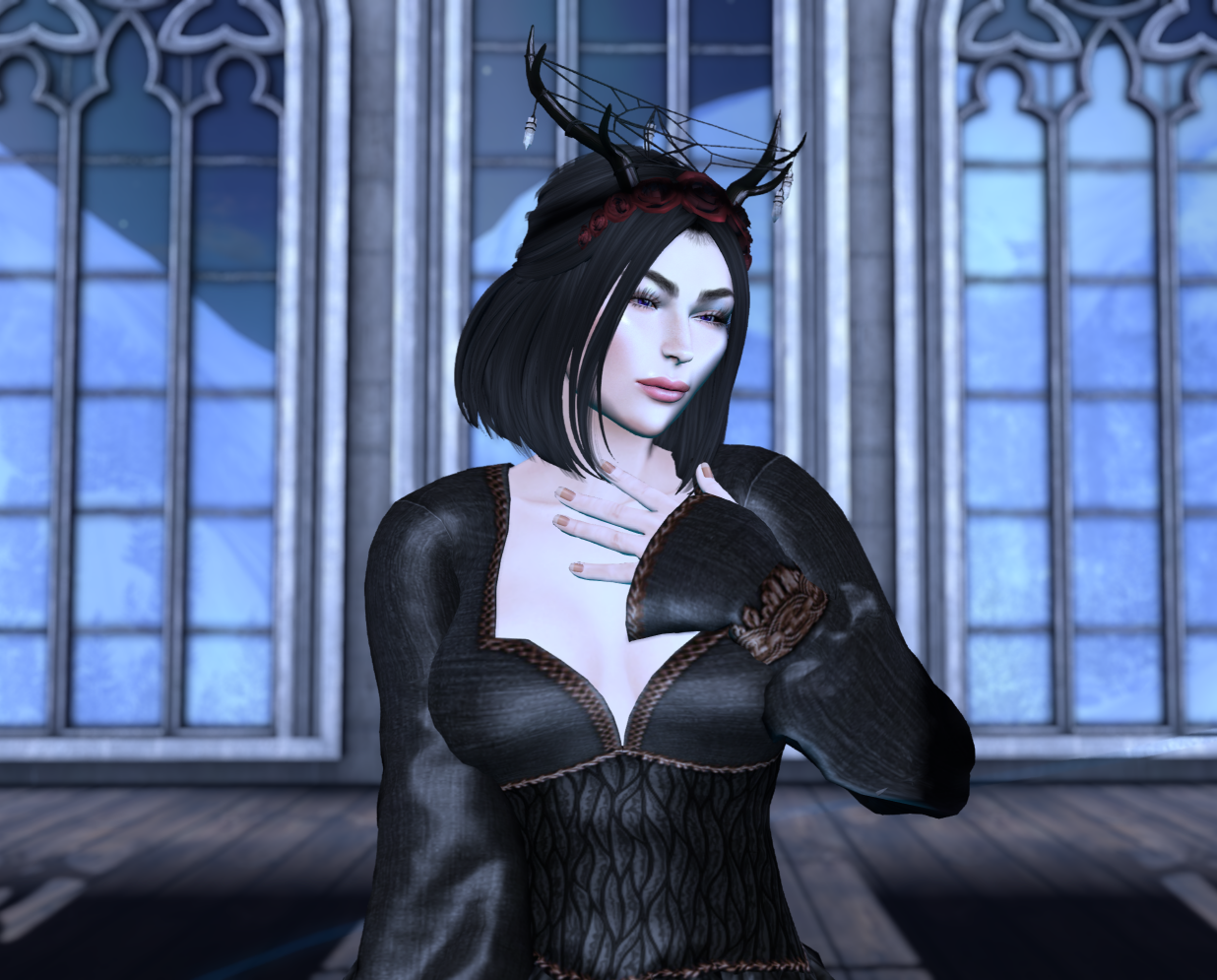 The Obscuritas crown can be found at the Eclipse event, which features all things dark and witchy, all year around (though the current round closes the 30th). It includes a HUD for colour options on all parts of the crown.

Inoko from Wasabi is out at Uber and comes in two styles, with and without bangs.