Round 2 of We Love Role-Play has opened. There’s a wide array of clothing, accessories and props on offer, covering a number of genres. And, there is stuff for the guys, too.

I am starting off with the fabulous Egyptian-inspired Tiye ensemble from Arwen’s Creations, a store full of gorgeous gowns. This one uses a very nice mesh gown as its core component; I was very pleased with the proportions. 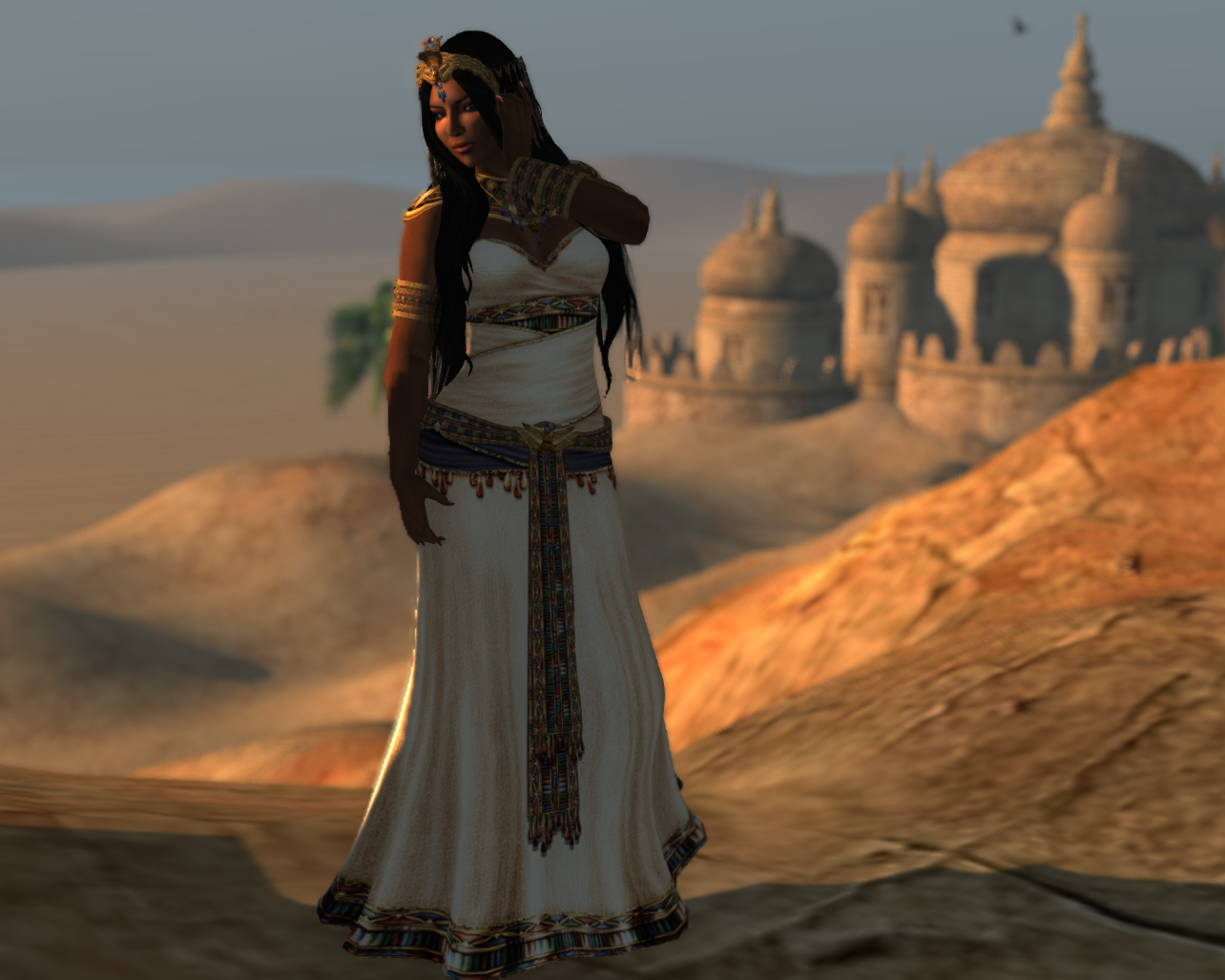 The Tiye ensemble is named for Queen Tiye, one of the most influential Egyptian queens. She was the mother of Akhenaten and, probably, the grand-mother of Tutankhamon.

The mesh gown, which I found to be beautifully curvy without being exaggerated as sometimes is the case with mesh, is richly embellished in itself (the texturing is quite excellent) and also accessorized with a belt as well as various pieces of jewellery. There is also a rigged neckpiece which I found fit really well. Overall, the rigging looks very good.

Included with the gown is also a crown and a beaded headpiece, for a fully Egyptian look. 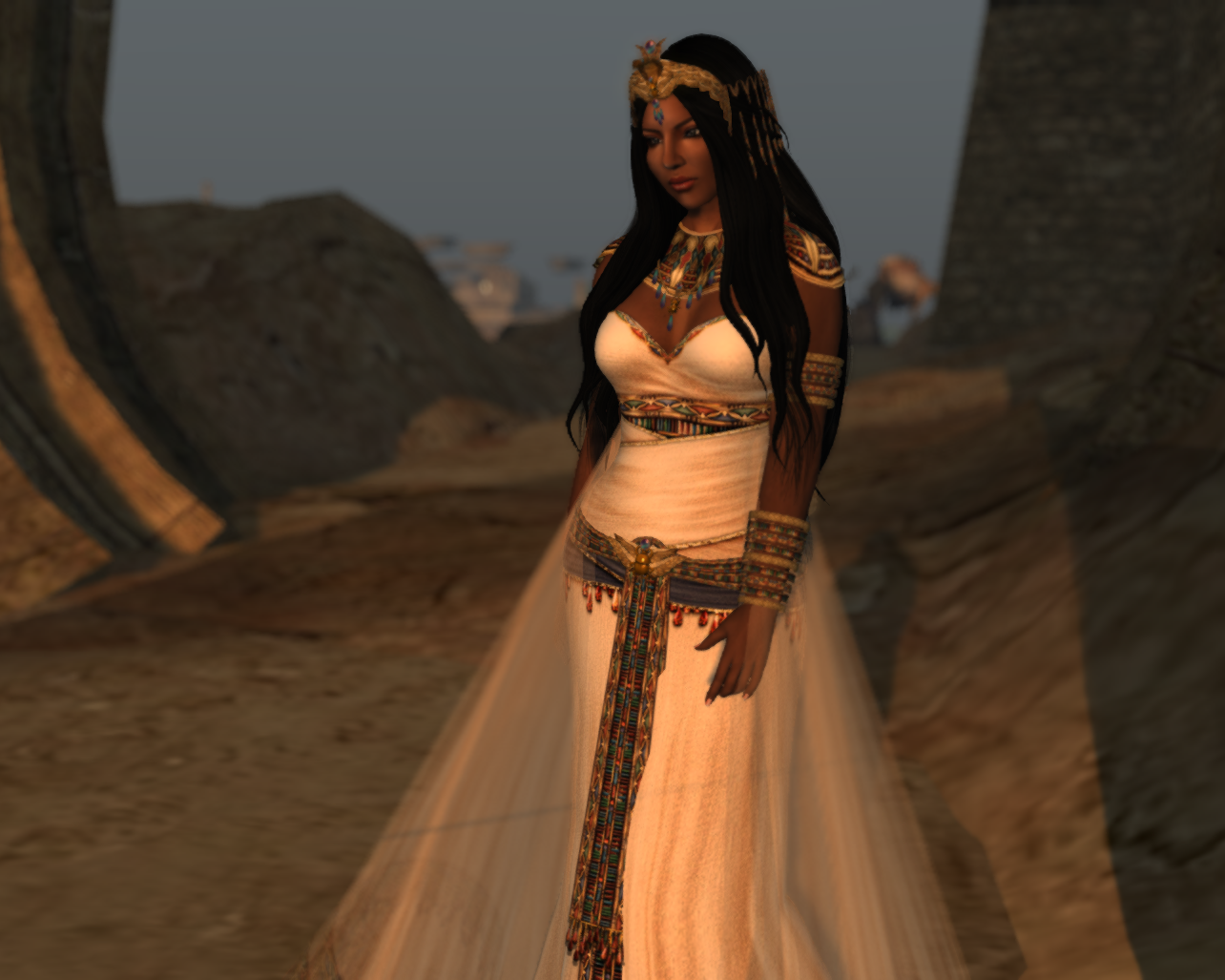 To add an air of lightness to the gown, a sheer flexi train can also be added. I like that this plays with the Egyptian theme, where quite sheer fabrics were often used. Additionally, matching slippers are sold separately, though not at the We Love Role-Play event. The gown itself is sold at a 27% discount for the duration of the event.

More posts featuring We Love Role-Play should be following soon; this month really includes a lot of inspiring pieces.