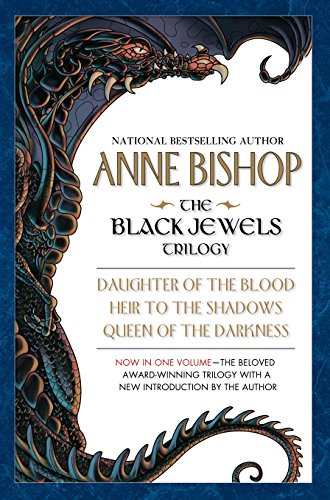 In the third and final book of the Black Jewels, the struggling factions of the previous two books will finally clash for the final time. Though Jaenelle knows that she is too powerful to unleash her full strength, as it would destroy most of the Blood, she can no longer avoid a confrontation with the two women who have made Terrielle into the twisted perversion of Blood society that it now is: Hekatha, the demon-dead Dark Priestess who once was the wife of Saetan SaDiablo, and Dorothea SaDiablo, the woman who has taken control over all of Terrielle. The pair now seeks to extend their influence into Kaeleer, to corrupt the realm of Shadow in the same way that they have corrupted the realm of Light, and the only possible outcome seems to be a war between the two realms. But the last one devastated them both, and even though Kaeleer was stronger then as it is stronger now, it still suffered grievous losses.

But before that final, fateful confrontation, Jaenelle must also deal with the running of her own court. Following her Offering to the Darkness, the territories in Kaeleer held by her childhood friends unexpectedly placed themselves under the direct authority—and direct protection—of her own territory, Ebon Askavi. Fortunately, she has the help of her adoptive father, Saetan SaDiablo, and his half-Eyrien son, Lucivar Yaslana, who have taken up the roles of Steward and First Escort within her court. But she still lacks a Consort, and even when Saetan’s other son, Daemon SaDiablo, finally finds his way out of the Twisted Kingdom and into Kaeleer, that matter is not as easily settled as the rest of her court might have thought.  However, without him at her side there is no way that Jaenelle can succeed.

Posted at 17:26 CET by Linda
Books
< Previous | Index | Next >
Commenting is not available in this channel entry.
Otherworldly