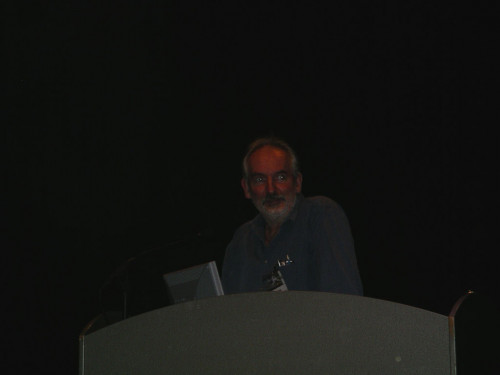 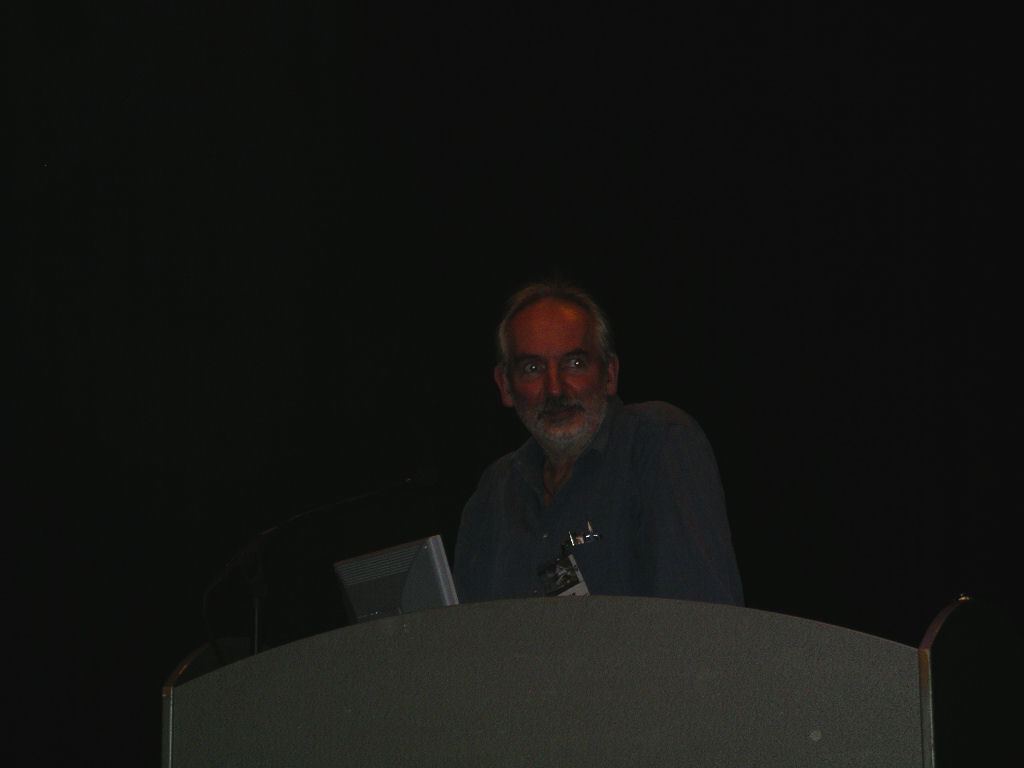 Alan Lee at his slideshow. Joanna also attended, but not Parris (who was famished and was hunting for food). It was interesting to see pictures and designs that had never been seen in public before, and to learn some interesting facts (I think Alan said he had done 2000-3000 loose pages of sketches and filled up another 30 or so sketchbooks while working on the films).

Afterwards, Linda asked him about whether working on the project had affected his own approach to drawing Tolkien’s world and characters, and he said that it absolutely did so—not so much that he would necessarily use all the same ideas, but that he would be much more ambitious and would think more expansively on his subjects than he once did. He said it was a very good question, and indeed it seems no one had ever asked him before. Another very cool moment.