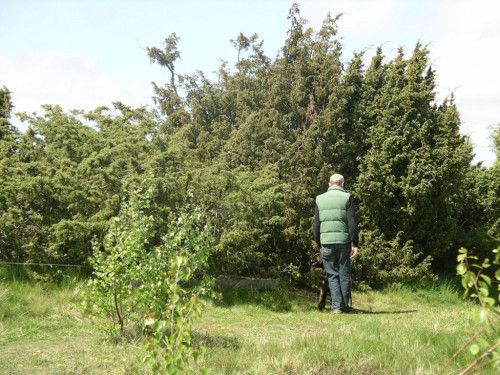 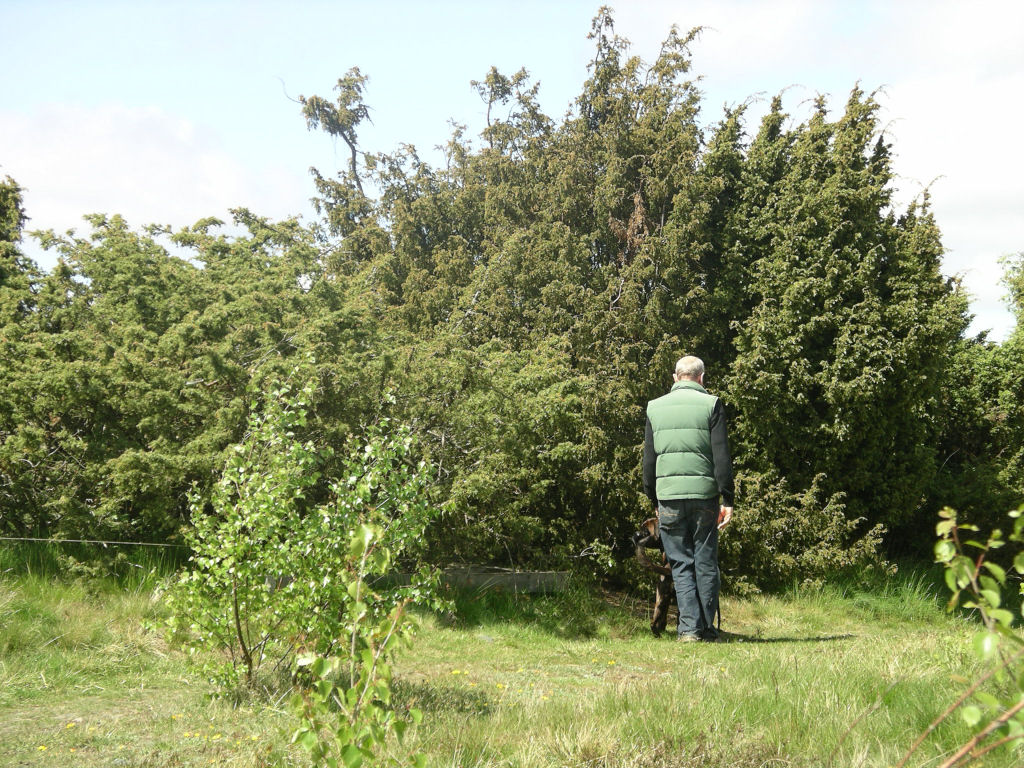 The ‘sled’ on the ground has just made a bunch of noise, just as Ringo walked past it, and he has turned around to investigate. He pretty much put his nose on it right off, with no lingering fears at all. Much better than we had expected. Unfortunately, this was the last shot we managed, since we hadn’t charged up the camera. I hadn’t planned ahead at all for taking pictures or filming, since I had been so nervous and expected him to do poorly. Fortunately Elio managed to get some good pictures in at least.