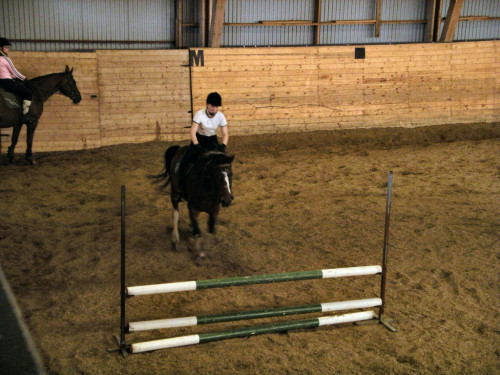 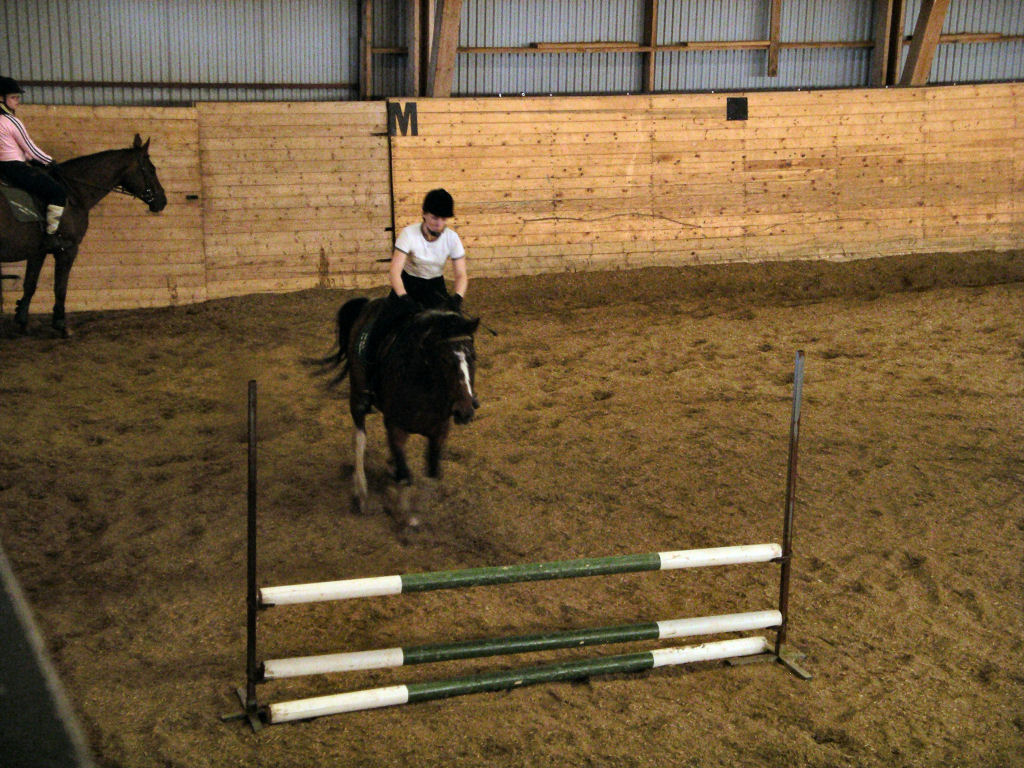 Oh My God! Its white and green, and its ... standing right in front of me!

Something along those lines must have been what passed through Murphy’s head when we came at this obstacle. Note the nice, straight approach, right down the middle of it. Granted, I am a little too forward, ready to take off ahead of him, but trust me, that’s never bothered him before.

In short, I have no clue why he decided to refuse to jump this one. And not just once, but three times. As can be seen from the photo, he’s already decided to stop at this point (bad Linda for not reacting quickly enough, but I just couldn’t believe that he was hesitating and planning to stop), so it was not a matter of him getting the distance wrong as he had plenty of time to sort that out.

One of those little mysteries, I guess. ;P