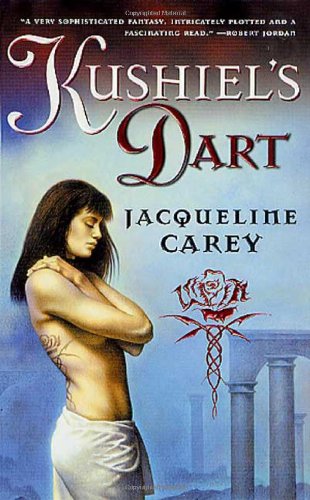 Still, don’t let that frighten you. The eroticism feeds into the very dangerous politics that in some ways might remind one of a Dorothy Dunnett, a Guy Gavriel Kay, or even a George R. R. Martin. Set in a pseudo-Renaissance, Carey plays with the subtle changes from our world wrought by the different events of her world’s history, setting Terre d’Ange (obviously a France-analogue) against the barbaric Skaldi (a mixture of various Germanics, primarily Scandinavian) and the vipers in its own nest, nobles willing to destroy everything to grasp the throne from the ailing, aged king who has only a grand-daughter for his heir. Magic figures heavily towards the end, although in a surprising way that’s likely to leave a reader thoughtful about the nature of her artfully depicted world.

Posted at 21:09 CET by Linda
Books
< Previous | Index | Next >
Commenting is not available in this channel entry.
Otherworldly