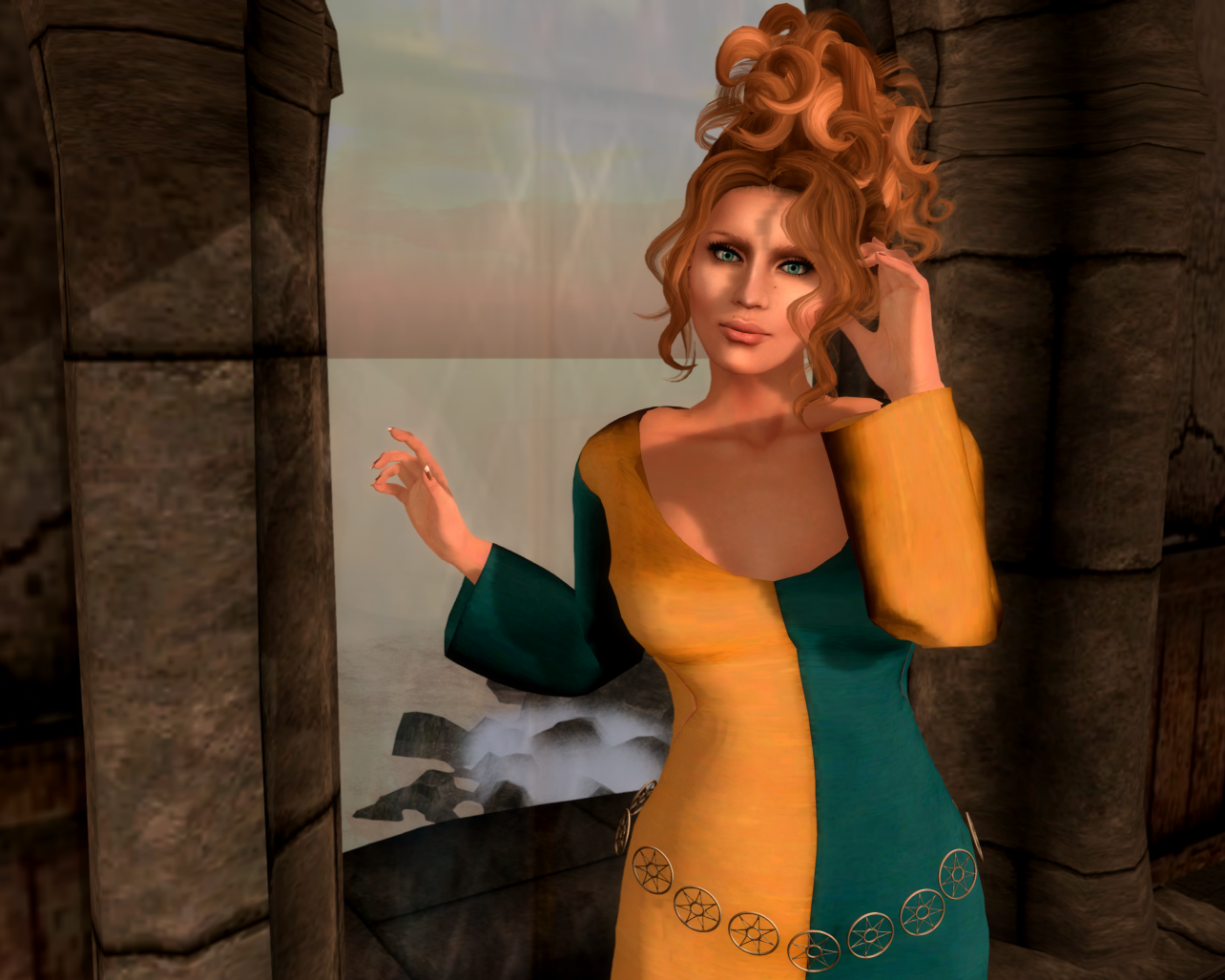 The new FATEeyes and the HUD that does all the magic is significantly improved over the previous version and my understanding is that under the hood, so to speak, the product is almost completely rewritten. There are also new textures and customisation options and of course the they also support materials. There will always be things that individually coloured eyes do better than a scripted product, but the quality of the eye textures is very good and the detail holds up to being tinted quite dark, meaning that FATEeyes is a pretty unbeatable option for having any colour you could possibly want at hand at any time. 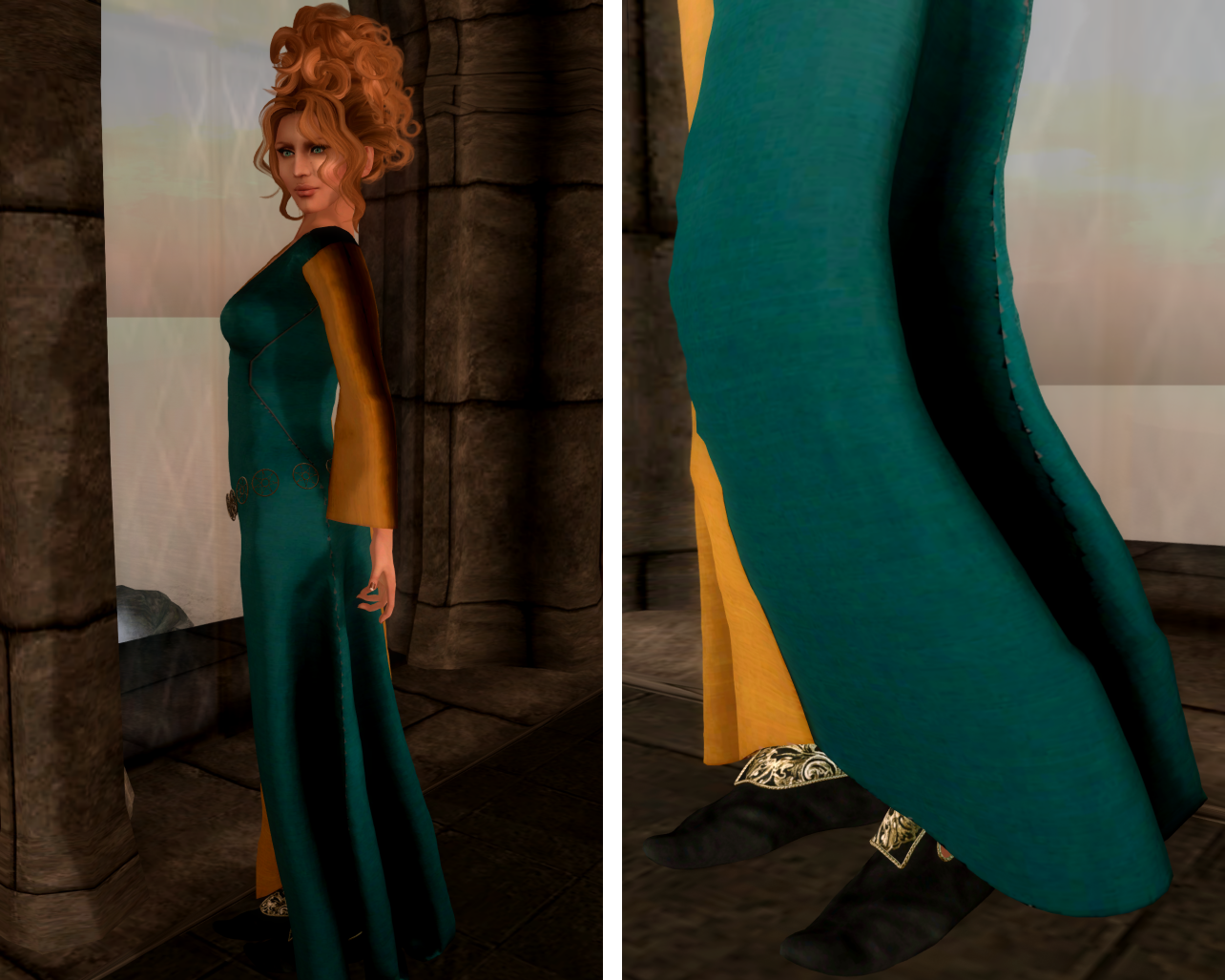 The Jane gown from Luminary is a simplistic but elegant design which is perfect for a medieval look, especially given the striking particolouring. I also really like the draping of the skirt and the little detail of it rising up a touch at the middle of the hemline. That was just what I needed to show off the Saltarello shoes from lassitude & ennui. These soft leather slippers for the Slink flat feet come in a range of colours where each includes both gold and silver embroideries. They are perfect for all your medieval/fantasy gowns.

My hair is the striking Chance updo from Analog Dog. I love the pile of curls and the mix of mesh and flexi. This is from the light blonde pack, but I added a slight reddish tint via the HUD for more of a strawberry blonde look as I felt that suited the Shirin skin from DeeTalez better.