Yesterday, I was setting up to take some photos for the Deco(c)rate contest, and after I was done it struck me that I might as well get a nice shot of my new lingerie from Chocolate Atelier while I was at it, plus focus more closely on the lovely bench from Stockholm & Lima that was in the January Deco(c)rate. Only later did I notice that I had failed to active the sleeve layer for the underwear, but fortunately I think the bodysuit looks quite nice whether it is worn with or without the sleeves. 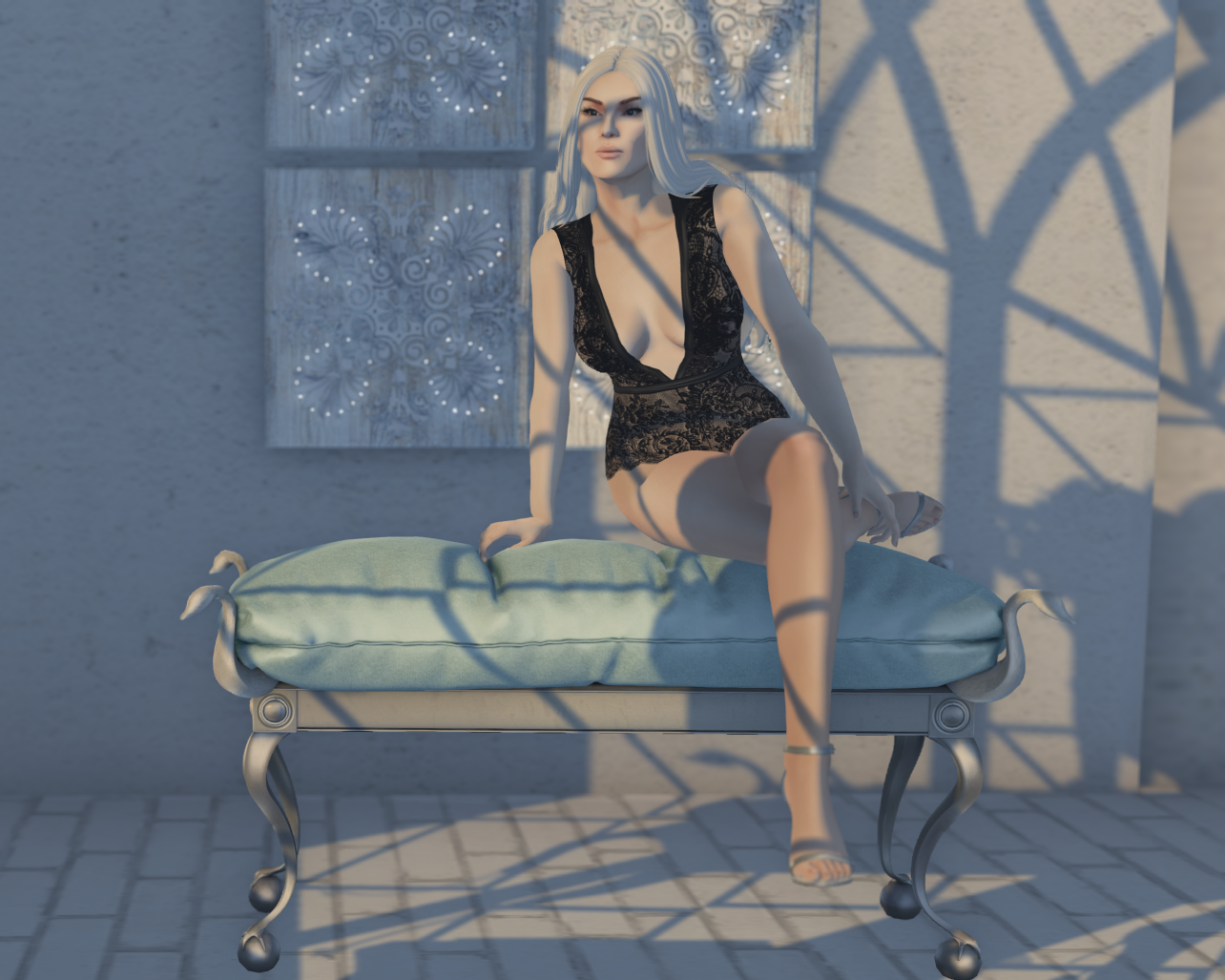 The bodysuit is available at the Seasons Story for the very reasonable price of L$140. I picked up the black and it is also available in red and white. Additionally there’s another design available as well, in the same three colours. Both are very sexy, feminine appliers.

The Little Victorian Sitting Bench from Stockholm & Lima is just gorgeously romantic and elegant. The Deco(c)rate includes two versions of the bench, one sitting bench and one spanking bench. You’ll probably get to see the latter as well. ;)