I had no idea what forniphilia meant before Elysium Eilde of elymode sent me her two releases for Indulgence, an event exploring the naughtier side of Second Life (which in fact is not the only side, though it is certainly a fun one…). It took me a while to get around to these poses & props, mostly because both Ran and I are always exhausted at this point in June when we’ve spent far too many weeks covering Game of Thrones, leaving us little time for playing around in SL. But I did manage to drag him in today for just long enough to get these photos done. 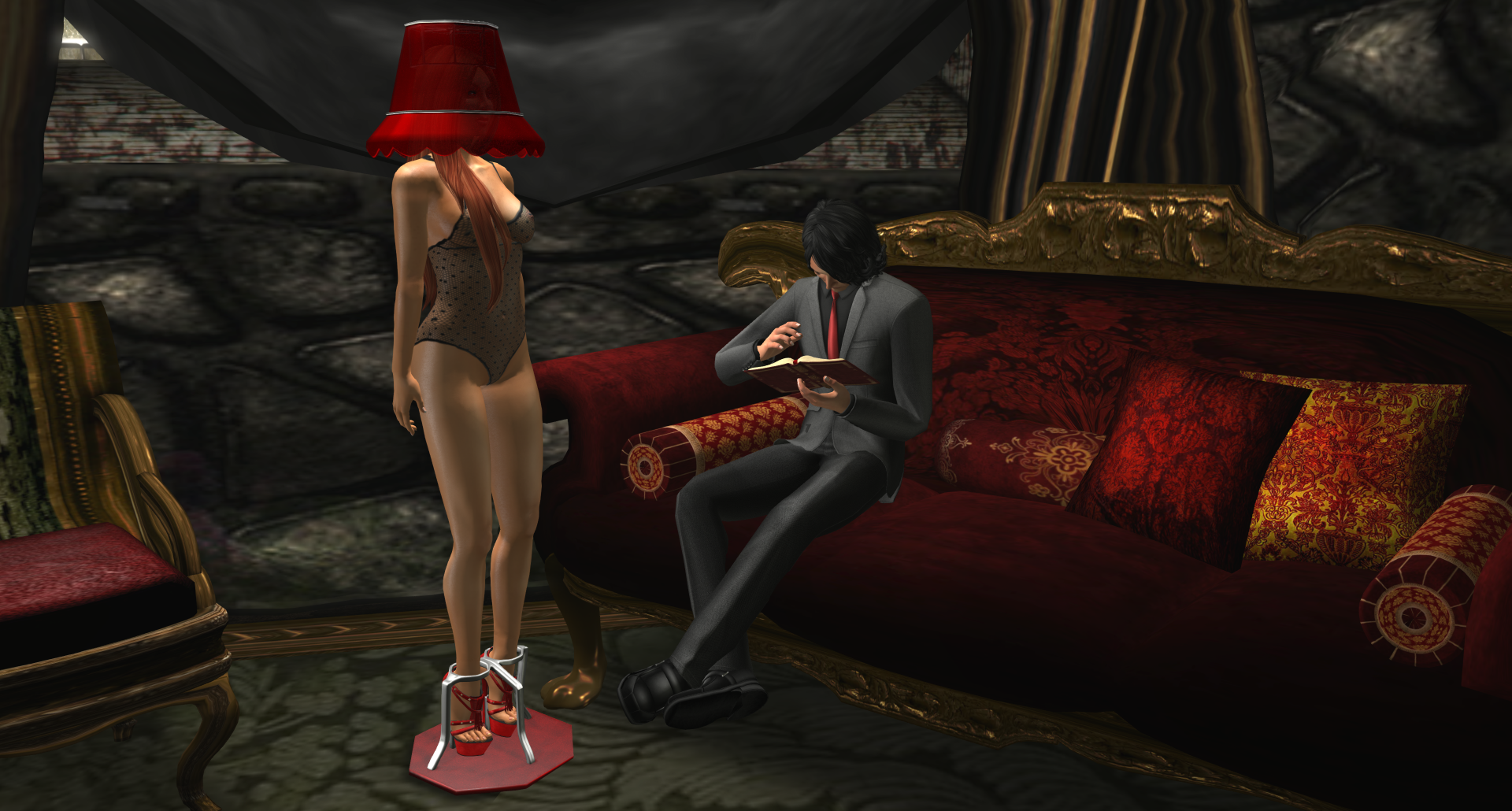 So, forniphilia. It basically means finding human furniture attractive and the first of the two sets, Be the Light, has the wearer posing as a lamp. A wearable lamp stand (which comes in different styles for various foot options) and a wearable lamp shade go together with a pose to make this possible. Both items are scripted for colour change and there’s four versions of the lamp shade; opaque and semi-transparent, on and off. 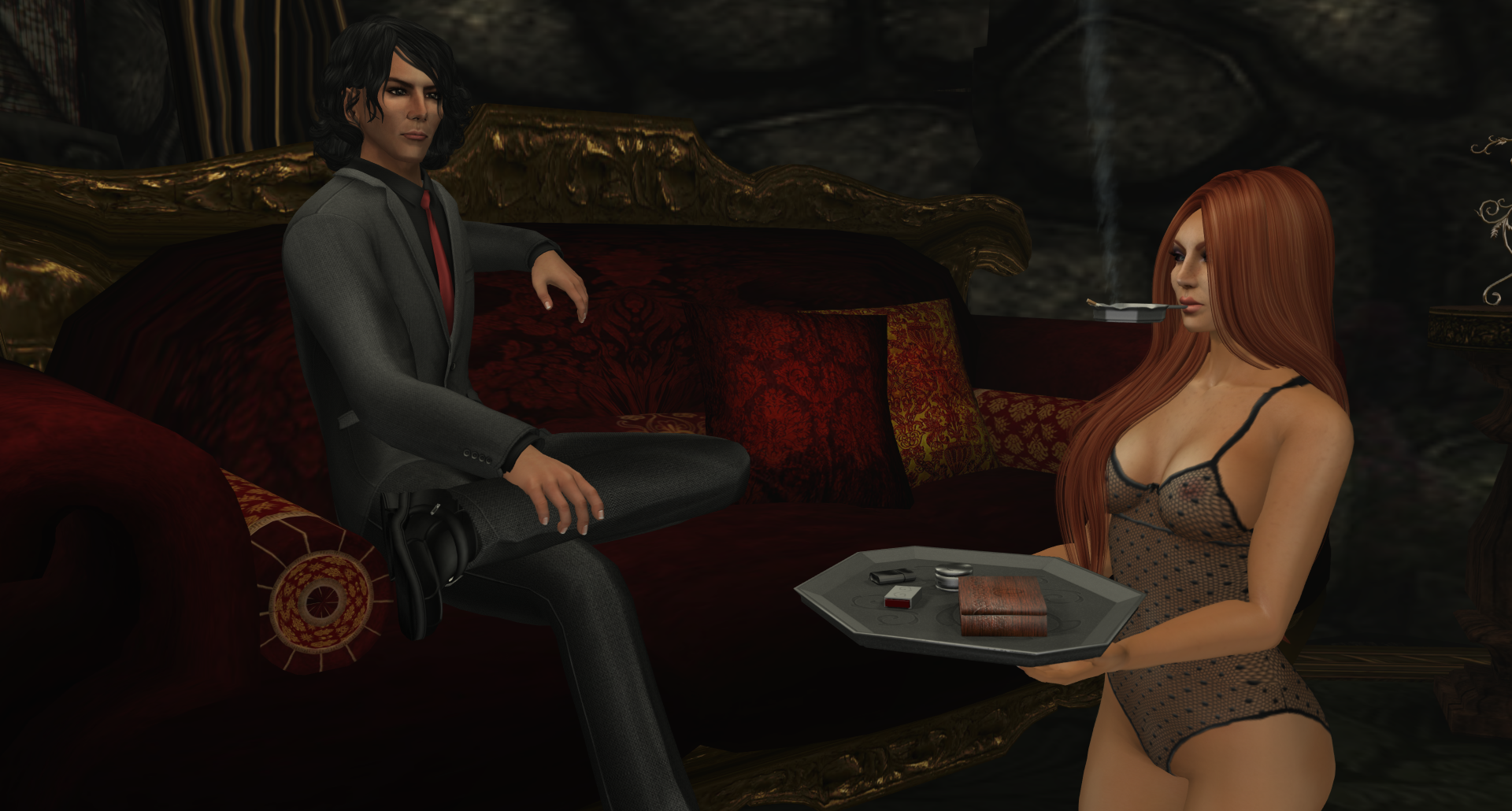 The second set, Hold Your Smoke, features a kneeling pose and two trays, one for your hands and one for your mouth.  Each tray comes with and without props as well.

The rather revealing bodysuit is the aptly named Seduction bodysuit by Luxuria, here shown in the black. The shoes are the Kali heels by Bushu in Venetian Red and the hair is a group gift from Entwined, Ivy. Finally, the skin is alskametro’s V2 skin in bronze.