For We Love Role-Play, Jian (whose mainstore had its grand opening on June 1st) has released a fabulous banquet set called Old World Celebration which is sold for 30% off at the event. I was so thrilled when I received this set that I went out and hunted for a suitable prefab to display it in (and let me tell you, there’s a shortage of good mesh castles!). After much debating, I finally settled on the Medieval Village set from Fanatik, where the largest building features a grand hall. 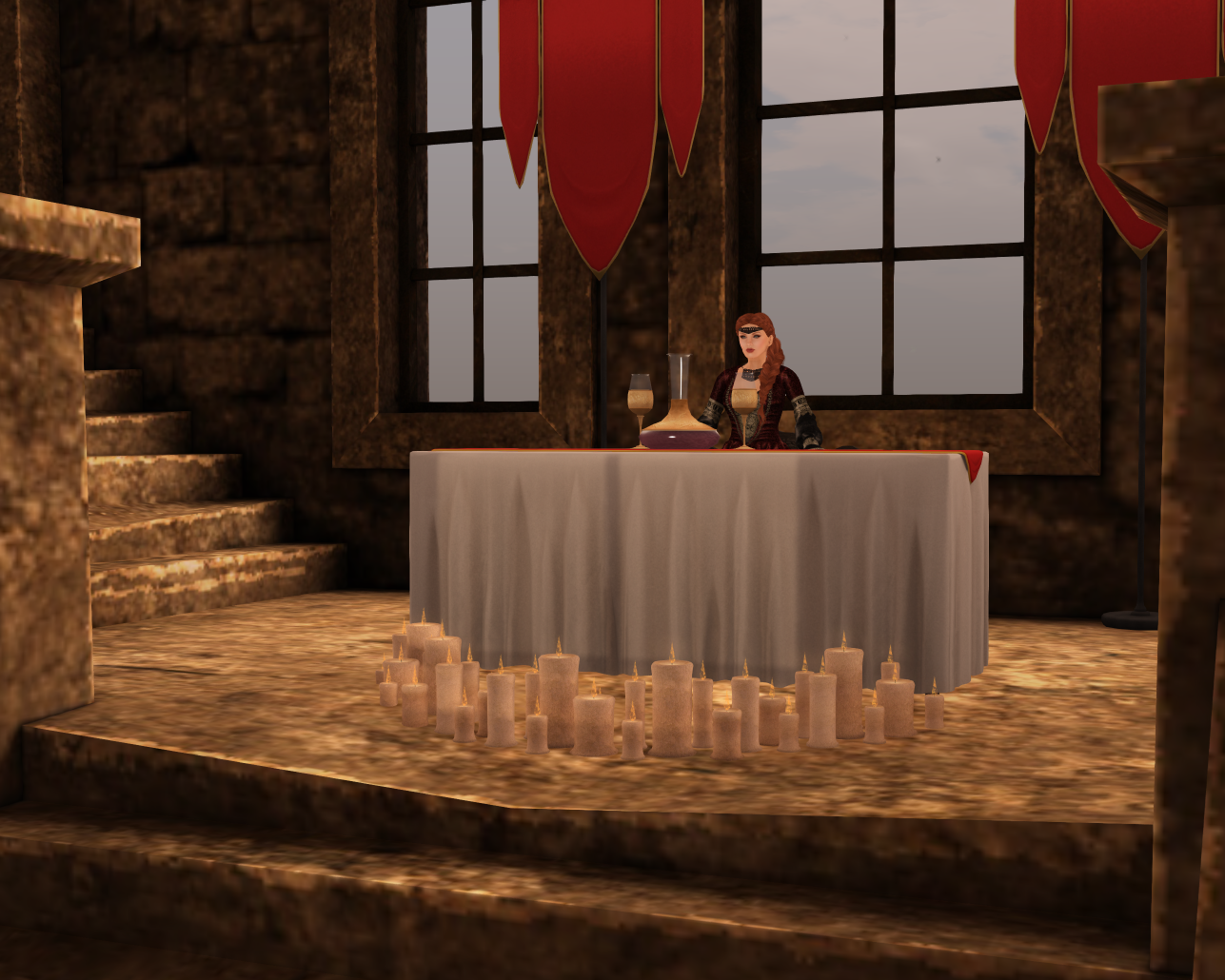 The Old World Celebration set consists of a banquet table, chair, wine decanter and goblets, several different candle setups (including the large cluster seen here on the floor) and tall and short banners. All pieces are scripted for texture changing and allow you to either change just the piece clicked or all pieces of the same type that you have rezzed out.

Fullperm versions of the textures for the banquet table and the banners are included, meaning that you are able to fully customise these pieces if you know your way around a graphics editor. 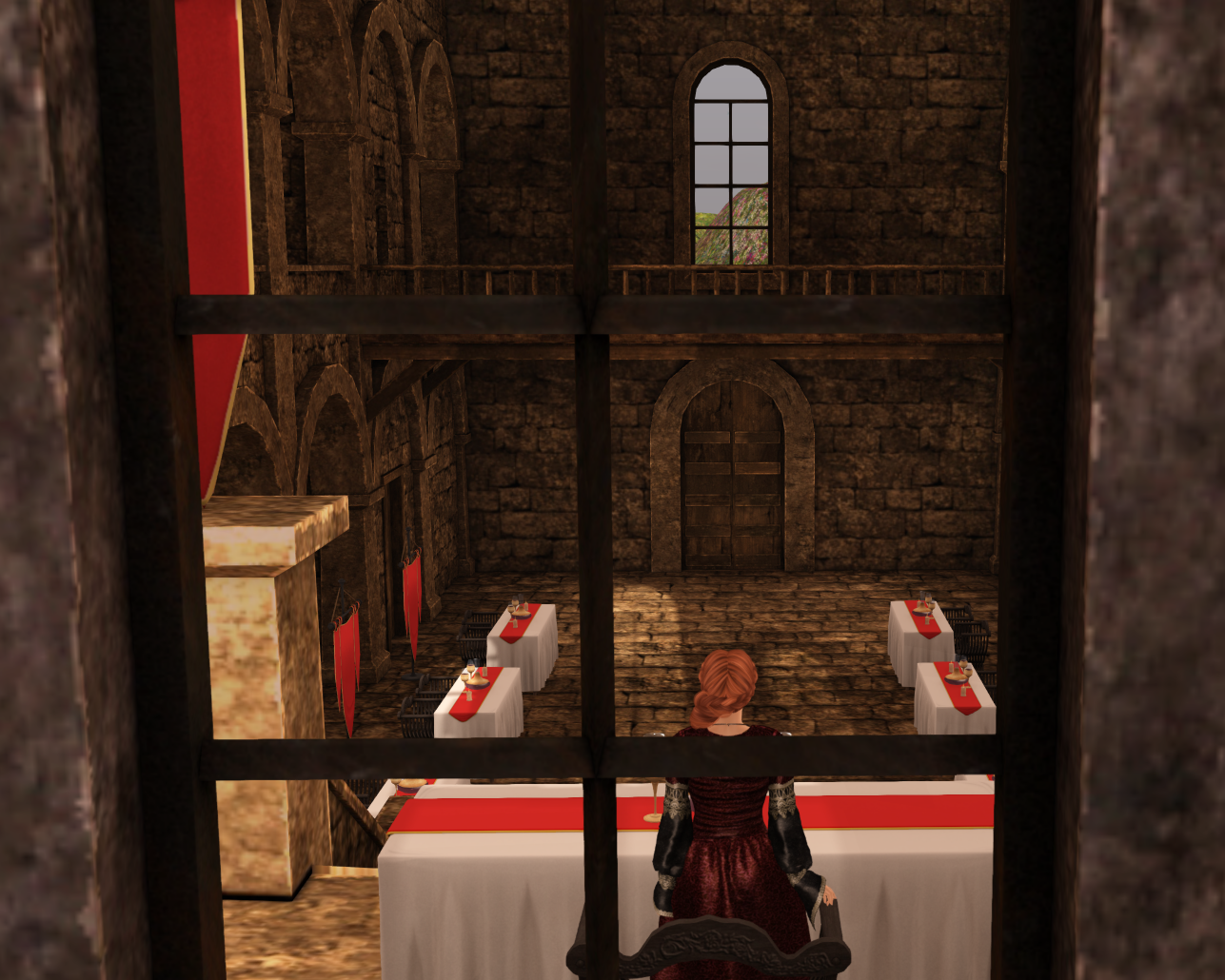 The Medieval Village D building from Fanatik is a very impressive piece of work, a monumental stone building that could serve as a great keep or as a church. In addition to the main hall and the stairs leading up to the space in front of the tall windows, there are viewing galleries one level up and small rooms at each corner of the building. The textures are all fairly dark, giving a gritty medieval feel. They are modifiable, so you could tint them somewhat, and you could also shrink the building a bit if you want something slightly smaller.

I would not have minded some texture options, but even without that, Fanatik’s prefabs and landscaping have made quite an impression on me and this is unlikely to be the last purchase…though the sim is admittedly starting to fill up.

I am hardly the focal point in these pictures, but in the name of completeness I am wearing PXL’s Shara, Truth’s Ishya and Senzafine’s Araceli gown, and using poses by oOo Studios.