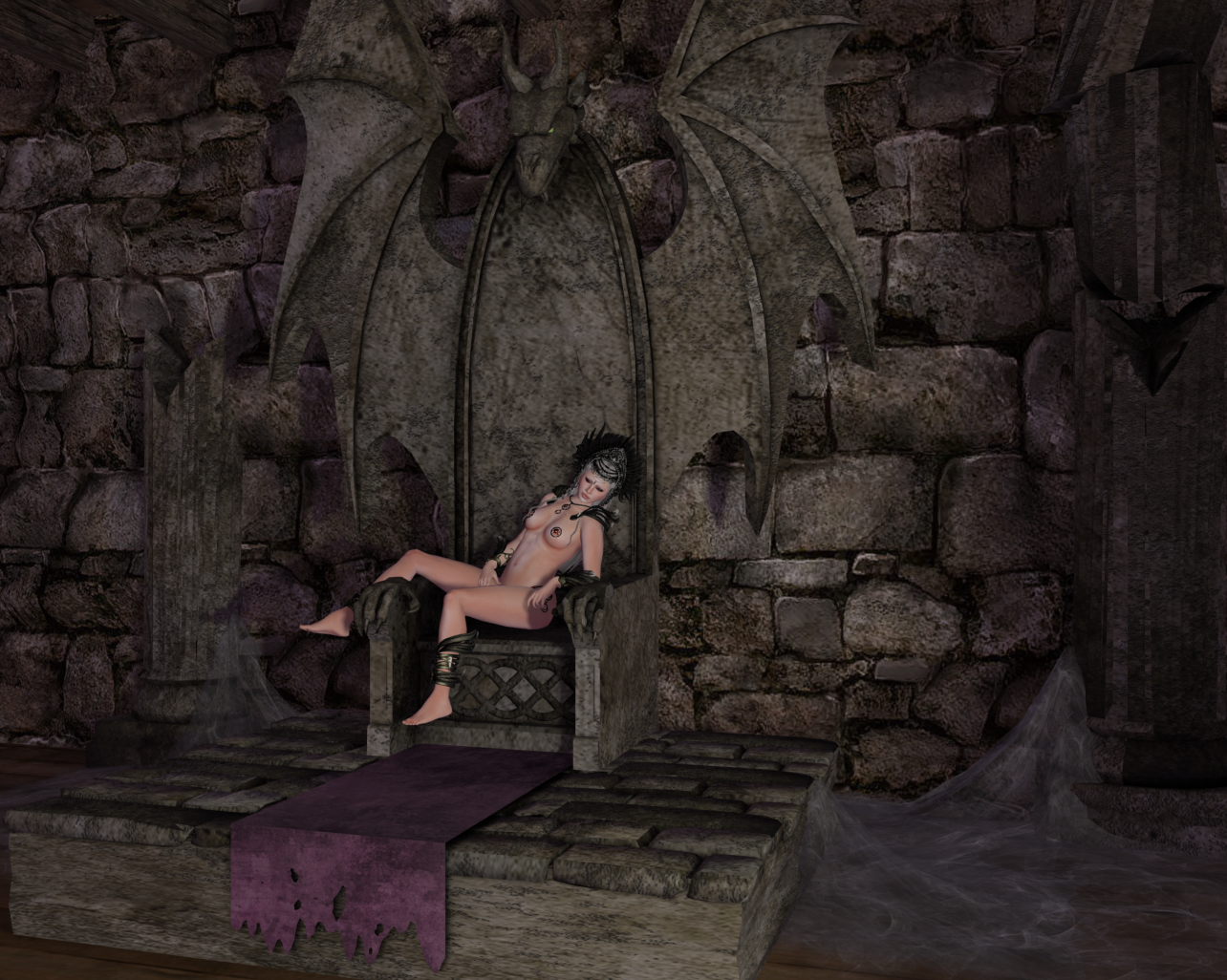 From Enchantment comes the Evil Throne from Kalopsia. This dark and foreboding throne, complete with broken pillars and ominous cobweb, is one of the qualifying releases from the store which on purchase gives you a stamp card that you then get stamped at all the participating stores to collect one of the exclusive prizes. The throne includes six poses, though for these photos I have mixed it up a bit and used some sit poses from other sources as well. 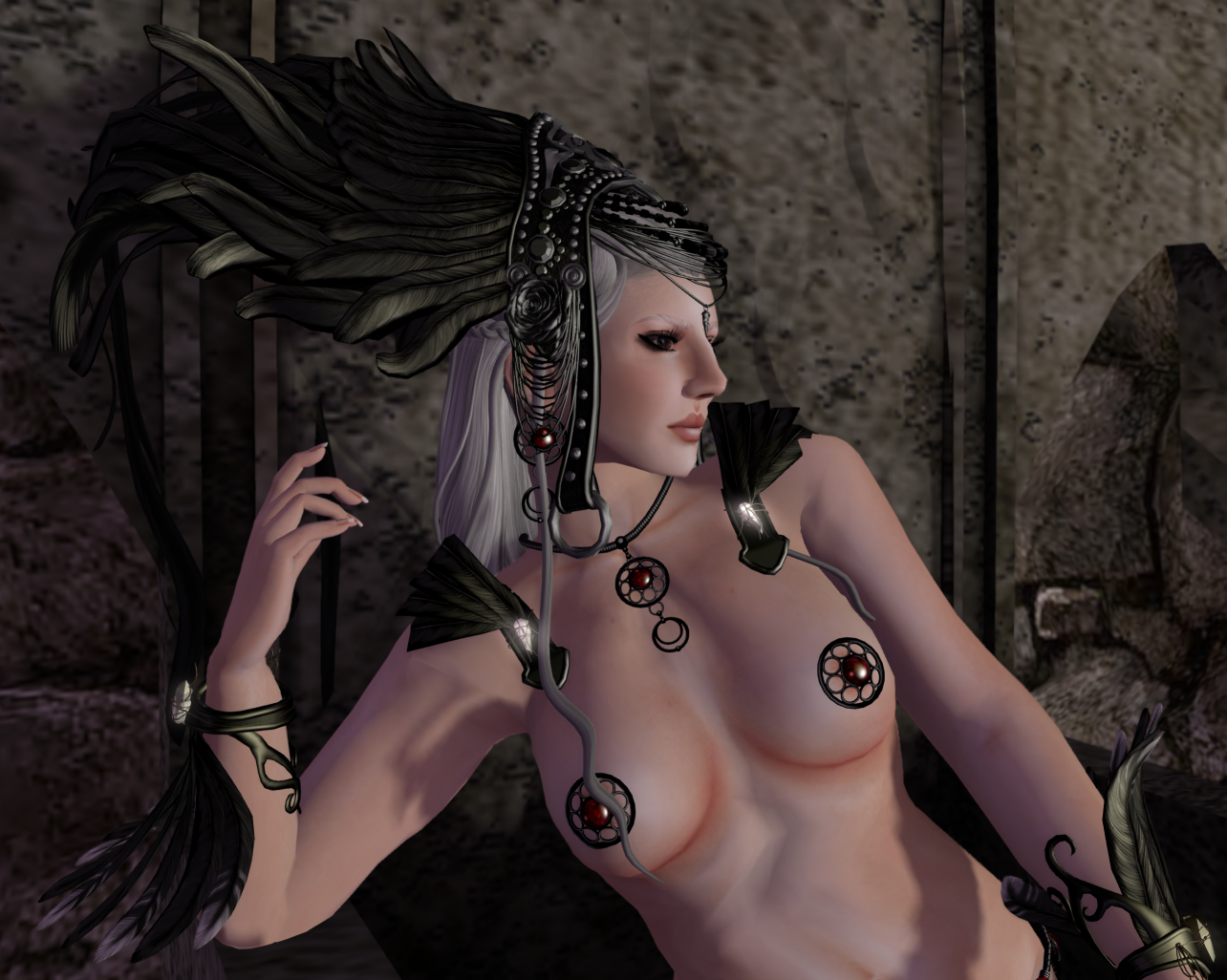 The stunning headpiece, the collar and the bracers are part of the Fangarth set from aisling for the Fantasy Gatcha Carnival. The feathered headdress is incredibly intricate and with the accompanying HUD it can be given a wide array of looks. For this, I went with a dark colour scheme to fit the general “evil queen” feel of this setup. The set also includes a necklace, leg pieces, a mask and a sceptre (shown in the next picture) and in total there is one Ultra Rare, three Rares and nine Commons. The Commons come in Black, Gold and Silver (with accents changeable on touch) and the Ultra Rare and Rares come with HUDs for customising the colours. 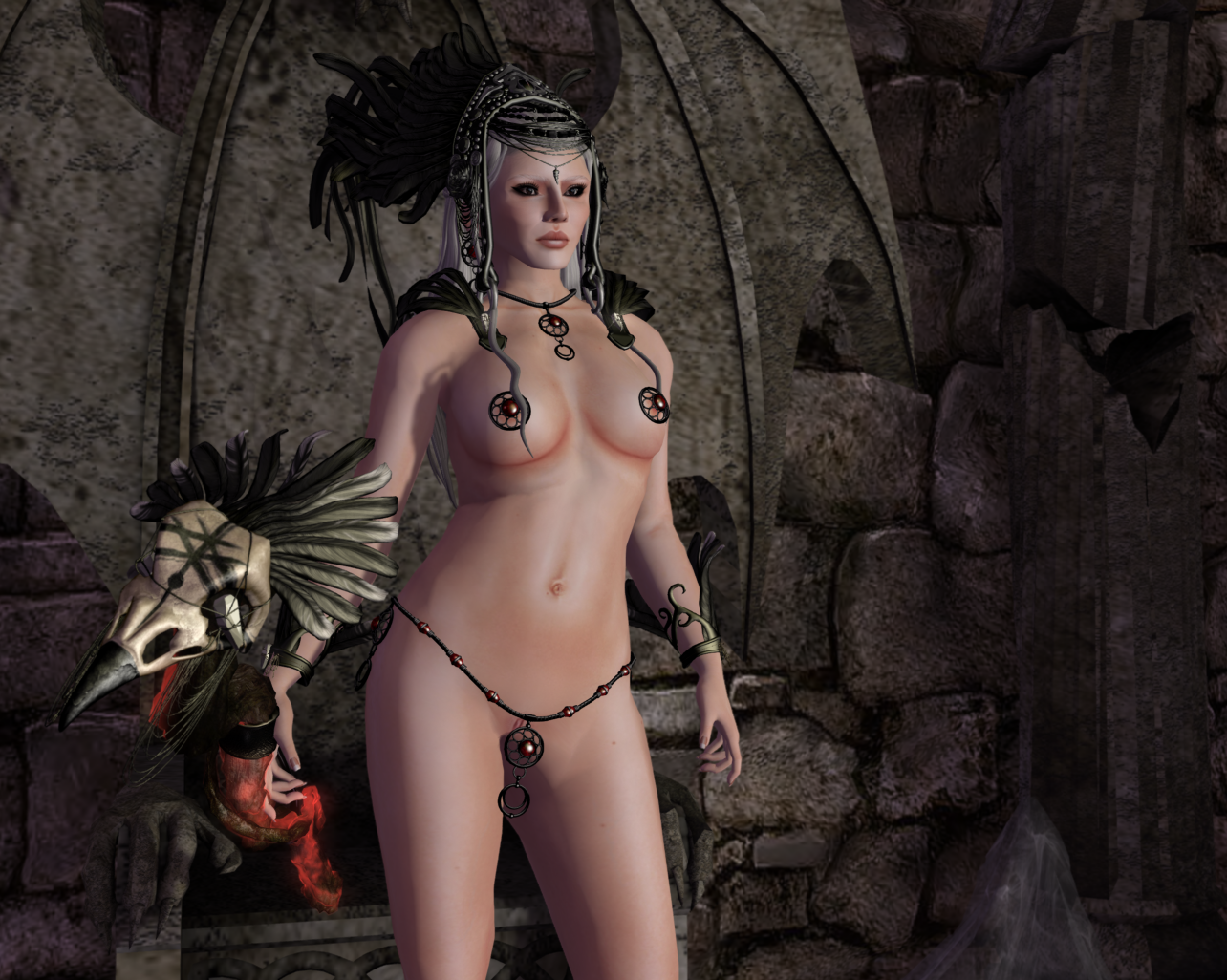 Providing a touch (if a very minimal touch) of modesty is the Nyx Jewelery set by Sax Shepherd Designs for the Fantasy Faire. It consists of earrings, necklace, nipple covers and belt (as well as a bindi, not shown here) and comes with a HUD for customising metals and stones. The HUD also allows you to make the nipple covers more or less modest (I went with less) and to turn the panties on and off. I have a distinct weakness for these sort of opulent belts meant to be worn with nothing at all and this one is beautifully shaped to the body.

On the Fantasy Faire you will find Sax Shepherd Designs on Hope’s Horizon which features a stunning build inspired by Minas Tirith. But that is just one of a total of nine sims filled with talented creators that make up this year’s Fantasy Faire. As always, the Fantasy Faire is organised to raise money for RFL and as such you will find RFL vendors in all of the participating stores, so keep a particular eye out for those!

I will be returning to all of these events more than once in the coming weeks, in particular the Fantasy Faire where the scope is so large that it will take quite a few posts to give a sense of what’s on offer and to show you a bit of all the stunning sims.