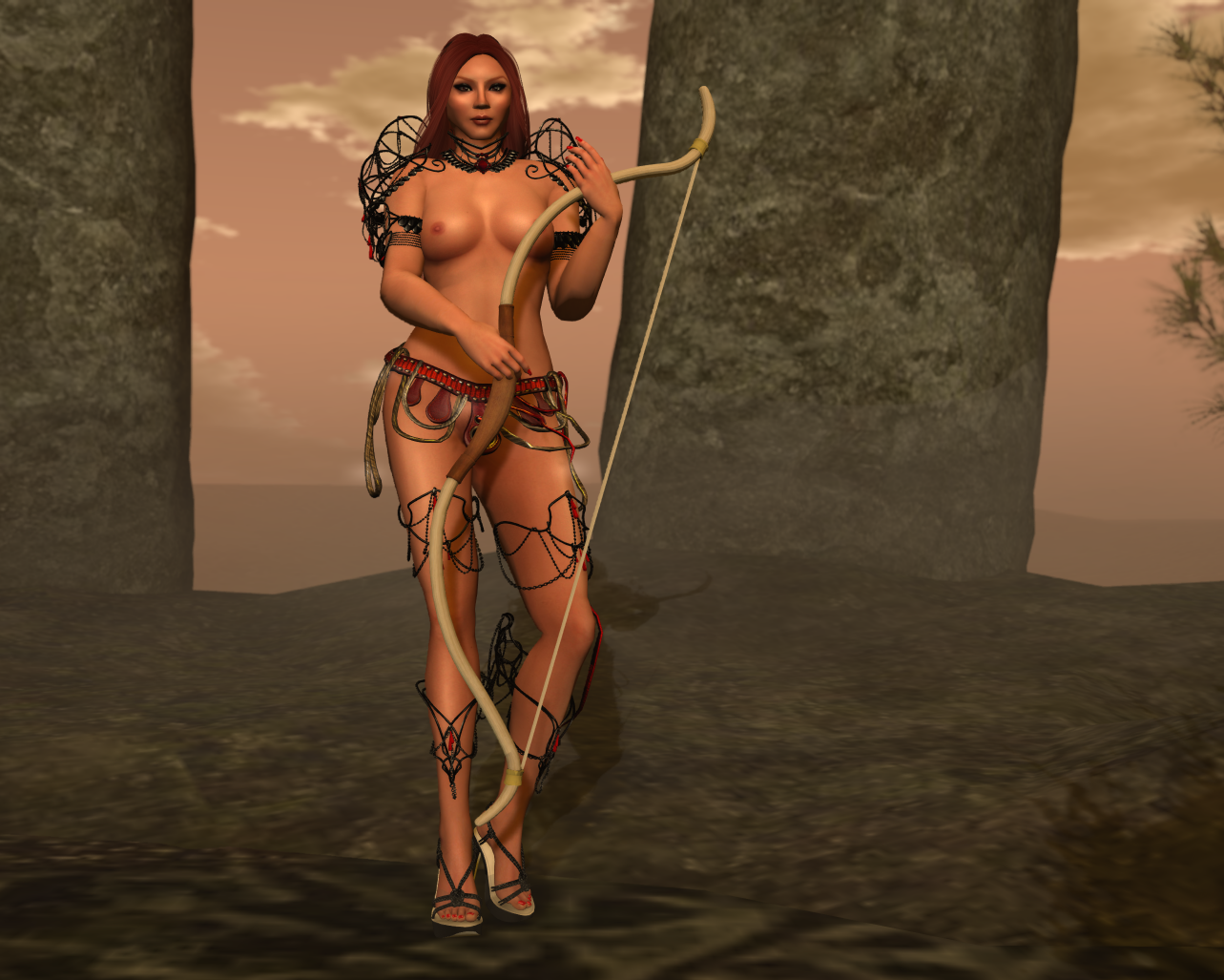 The Faranth set comes in three metals—gold, silver and black—and with a range of gemstone options. The smaller pieces don’t have a metal change option and are click to change for the gemstones. The bigger pieces (the pauldrons, the collar and the crown) come with HUDs that control metal and gemstones. All the pieces are also scripted for resizing. 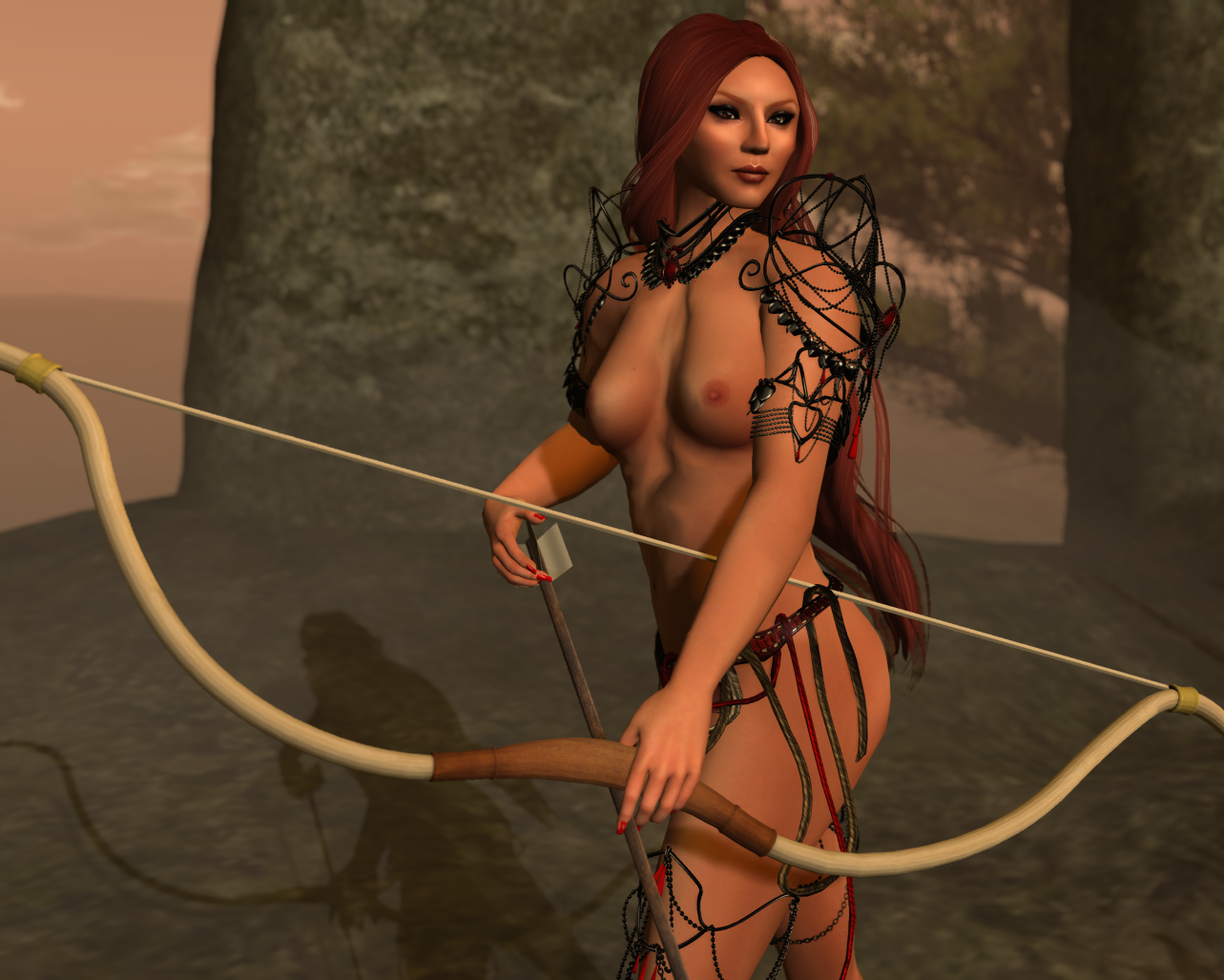 It wasn’t easy finding poses that’d work with quite so many jewellery pieces, but fortunately these HopScotch poses offered both some interesting angles and not too much twisting of the arms. 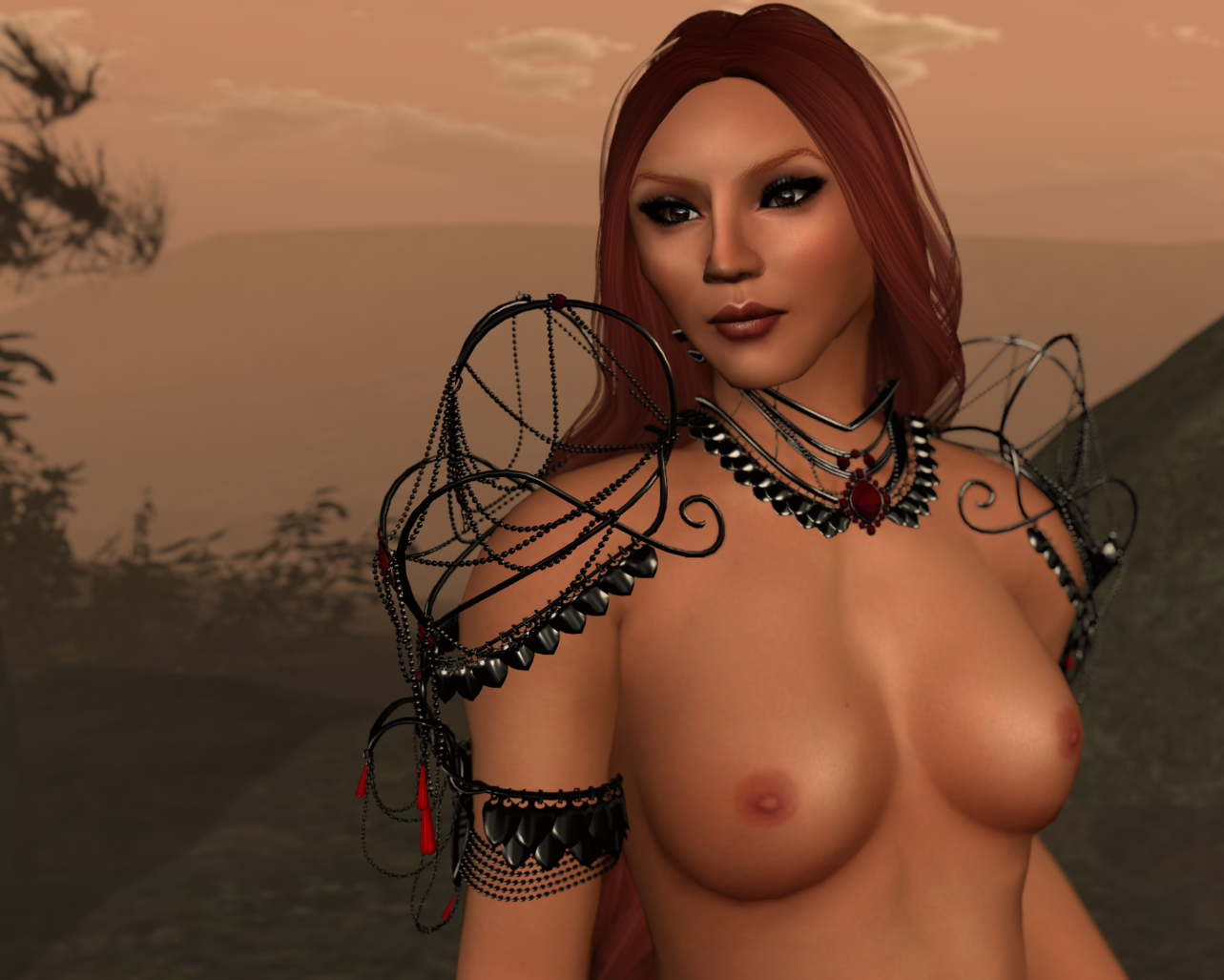 A closer look in a pose from Musa at the intricacy of the Faranth set. It makes for quite a striking fantasy look with this many of the pieces worn, but you could of course settle for just the collar as well for a bit less of a warlike look than with the pauldrons on. The set also gets quite a different feel in gold or silver than in black, adding to its usefulness.

So, there you have my kind of cupid for Valentine’s Day! In addition to the aforementioned pieces, I am also wearing the Bound shoes by lassitude & ennui, the Take hair from Magika and the Tanya skin by Tuli.