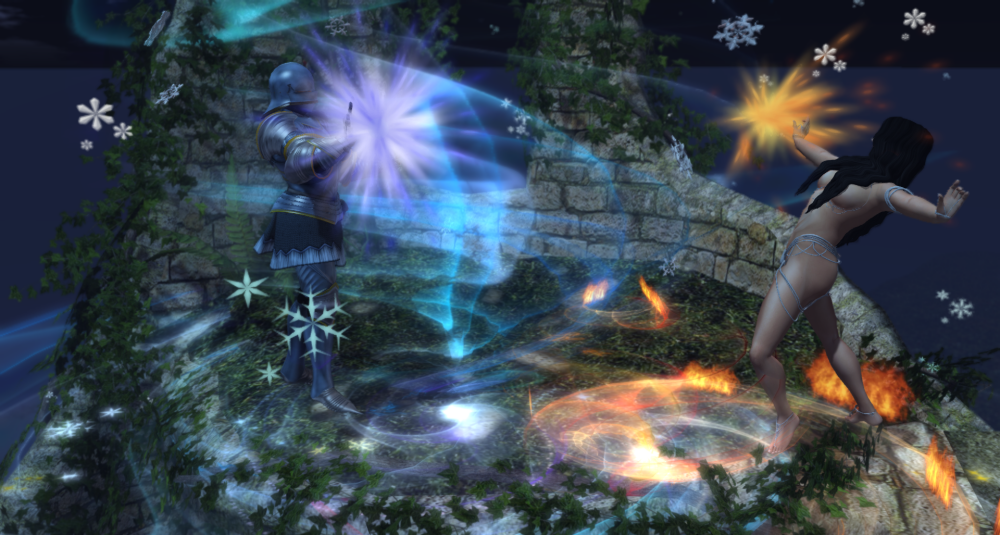 We used the smaller of the two versions of the set and placed it on top of the ruins from Botanicals. Then we equipped ourselves with a magic wand each (these are transfer, so that both people participating in the scene can use them) and launched into battle.

Fire got off to a bit of a slow start… 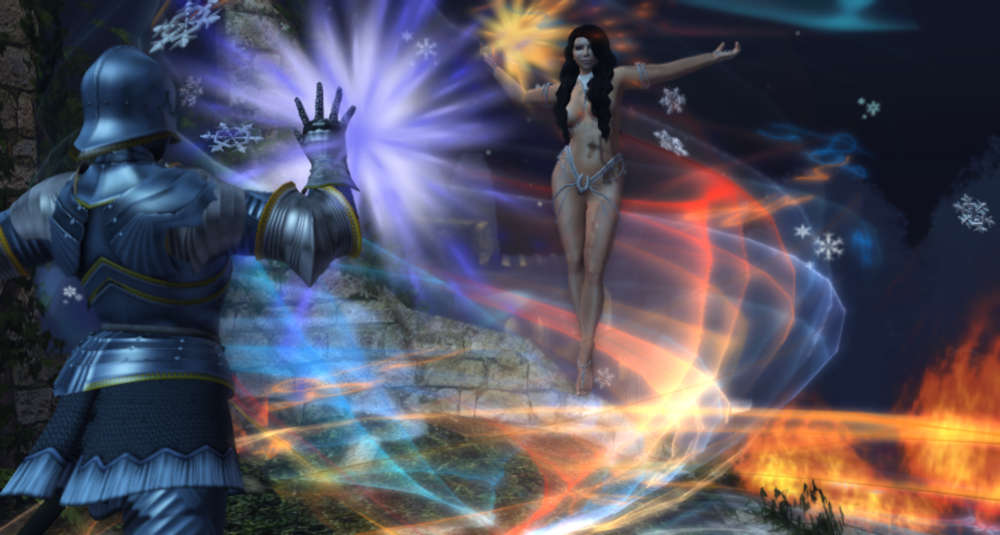 ...but managed to rally after a bit, raising the flames higher to combat the ice. 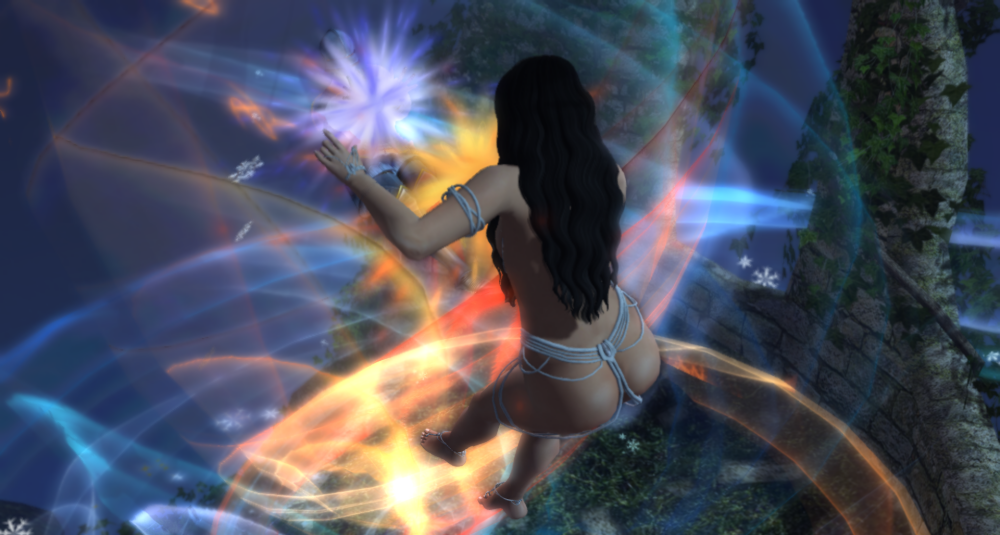 But who will be the victor after the final clash?

This is a really fun set to play with. With 10 poses and all the variations in the scene setup, there’s a lot of room for playing around. The poses are all very dynamic, really capturing particular moment, and I think it photos really well.